Hello, I'm Tracey and I run the Creation Station franchise for Honiton, Sidmouth and Ottery St.Mary. Having worked with children and families for many years I know what it's like to find fun classes and activities that spark their natural curiosity and develop their growing minds. Plus,I know the value of meeting other like-minded parents and spending good, quality time with grown ups. That's why I am delighted to be able to help you with this through a whole range of our award-winning craft classes such as our lovely newborn keepsake classes, our preschool baby and toddler classes, arty birthday party entertainment, after school clubs, family fun classes and lots of other events. We also have some fantastic adult craft classes to give you a bit of time away from the kids. You can find out more about all of our children's art and crafts classes, rainy day activities and everything else going on in and around my area by clicking on the art and crafts activities that interest you below. Or drop me an email and I'll be happy to help. You can choose the dates that suit you best and book and pay for classes online with ease and convenience. To be the first to receive news of classes, events and special offers, please like my Facebook page to be sure not to miss out our new creative updates. If you have an event, group booking or a particular request please send me an email and I will respond within 2 working days. I look forward to hearing from you! Tracey

Inspiring the imaginations in Honiton, Devon

Our classes help to build essential and desirable life skills and the best bit - children love arts and craft! Please find below your local classes in your area. 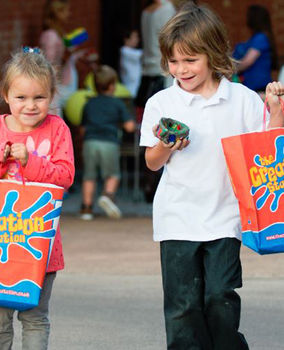 Find out more about a party Enquire today 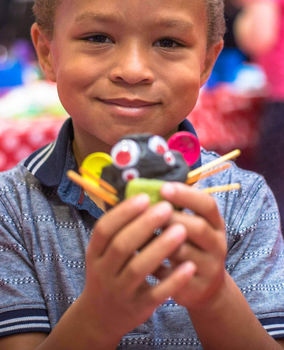 Request one in your school

Are you looking for a fun and creative birthday party, activities at your event or a creative after school club?  Our award winning 5 Star rated fun activities are designed to inspire, delight and engage. Please do get in touch and we’ll be happy to help

Create Club in Your School

Would you like your pupils to benefit from a Create Club in your school? If so, please contact me to arrange a 20 minute meeting.

Why I decided to run my own Creation Station.
I've worked in education and childcare for over 20 years and understand the importance that creativity has in a child's mental and physical development. I've always had a love of art and craft, studying art before training as a primary school teacher. Since then I have run art workshops in schools and parties and storytelling/craft sessions in a children's story centre in Essex before moving to Devon.     I'd been to Little Explorers sessions with my niece and nephew and really enjoyed them, thinking "I'd love to do this!". So when the opportunity arose to run my own Creation Station I jumped at the chance!    To see children creating and having fun with their grown ups in our Little Explorers classes, or making memories at our Arty Parties, is such a thrill and a privilege!

What I did before I ran my own Creation Station.
I've worked in education, after school and holiday clubs both in the UK and overseas, art workshops in schools and most recently, before I moved to Devon, in a children's bookshop running storytelling and craft workshops and parties.

What I love about running my own Creation Station.
I get to do what I love with lovely people!

Something you probably don’t know about me.
I appeared on the quiz show 'Blockbusters' when I was in sixth form. I only won £10 but I still have the sweatshirt and dictionary!    I worked and lived in the Alps for several years- I can snowboard but should be much better than I am!

Things I love doing.
Being with my family and friends, making stuff, travelling and being in the mountains or by the sea...the list goes on!

My favourite food.
...is Gruffalo crumble! Failing that, roast dinner or a full English breakfast!

Enjoy these fun activity ideas and top tips to help inspire your child.

With love from all of us at Creation Station x

Tracy pulls out all the stops to make…

Tracy pulls out all the stops to make sure everyone has a good time and there’s lots to do every week!

Lovely welcome, good variety of age appropriate activities . The room was rather hot so sadly it felt a bit claustrophobic.

My little girl absolutely loves going to creation station. Tracey is a fantastic leader and is always enthusiastic and engaging with the children. I love all the different craft activities and the inspiration it gives me for doing things at home.

Amazing! Went with my 4 month old to Xmas creation morning and it was amazing! So patient, could work at our own pace and stop to feed/ entertain little one as and when needed without any pressure of having to get on! Had great fun and created some beautiful keep sakes! Would highly recommend!!

My daughter (aged 3) had a lovely…

My daughter (aged 3) had a lovely morning with Tracey!

Absolutely wonderful birthday party for my 6 year old. Lots of different things to do and all so well controlled a huge help. Highly recommend Tracey

Me and my son has been going to the creation station for quite a while we love how much there is to do each week, is different and each term is different worth every penny! My son has learnt all sorts and made some lovely friends everyone is always welcoming and makes you feel at ease aspnd Tracey who runs creation station is lovely and very welcoming, brilliant with all the children highly recommend will continue to go every week ?

We had a fantastic session today at…

We had a fantastic session today at Newlands Holiday Park. Tracey was so engaging, the activities were excellent, age appropriate and great value for money. Most importantly my little girl loved it.