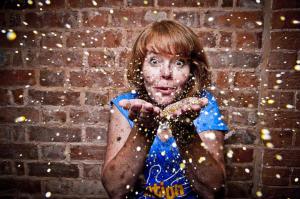 Busy mum to three, Sarah Cressall is set to more than double the size of her nationally-leading creative franchise business, The Creation Station, with thanks to a grant from the PWGF.

Sarah Cressall founded The Creation Station in 2002; as a mum to three boys under the age of three, she wanted to take part in arts and crafts activities with them but found it difficult to manage the mess at home. Realising other mums felt the same way led Sarah to start The Creation Station. The company now provides classes for age ranges from 4 months to 5 years, alongside arty parties and family fun sessions for 1 to 11 year olds, with over 65 franchises across the UK.

Sarah said “I really wanted to give children that opportunity to engage in arts and crafts experiences freely, as it is such a beneficial activity for all concerned. The child has the opportunity to learn through playing and to explore ideas and concepts in a way that works best for them. We aim to nurture the wonder within each child and encourage their own journey of exploration and development. It also provides a fantastic environment for the child and their parent or carer to bond.”

With the support of Duncan Cressall, her husband, Sarah began trading, initially from home, and expanded the business in 2007 when she created franchises for other people to buy, running their own classes, parties, events and clubs in exclusive territories in different parts of the country.

Sarah said “It was important for me to be at home and there for my children in their pre-school years, and I knew other mums would want the same thing from a job.”

The franchise owners are given training and support – this covers the  ‘how to’ market and deliver the fun experiences, as well as developing skills and confidence along with long term support and advice on achieving individual success.

“We won the best franchisee marketing support award for supporting our franchise owners, which is extremely important to us, and we spend a lot of time helping them achieve the success they want. We aim to provide remarkable support so they can provide remarkable experiences” said Sarah.

Sarah now travels across the UK to promote The Creation Station and connect with others who want to be part of inspiring the nation’s imagination and run their own rewarding franchise, as well as meeting and engaging, listening and responding to the current networks of franchise owners. 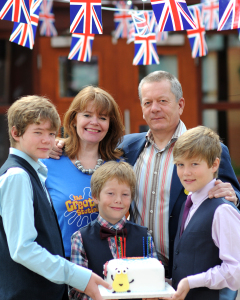 Sarah and her husband Duncan with their children

Duncan said “We also get asked as an organisation to be involved in major national events, such as running the kids zone for the Olympics, which is a huge privilege and a great opportunity to bring the franchisees together.”

Six months ago, Sarah realised that increasing demand for franchises nationwide presented an opportunity to expand the business substantially, but it meant a large investment. She bid to The Plymouth University and Western Morning News Growth Fund (PWGF) in the hope of finding an alternative investment – and was delighted to win £125,000 towards the £300,000 total cost, enabling The Creation Station to push ahead with expansion plans immediately.

Sarah said “We were blown away to win the grant, it is an amazing fund and is giving us as a business such a massive boost. This doesn’t just have a positive impact on us but on everyone who wants to run their own creative franchise business; the potential to create jobs is substantial.”

This expansion will involve building the business infrastructure in Devon and expanding the staff team, creating 7 new jobs over the next two years. The additional franchises then create the potential for substantial additional employment opportunities in their own local areas.

“Our vision is to support 300 franchises, which is a very ambitious target but it’s good to have ambition. Everyone said I was nuts when I started the business at home in Exmouth, with three boys under the age of three and I wanted to create 20 franchises, but look at what happened.”

My children and I always enjoy the…

My children and I always enjoy the creative activities with Alexis. Really looking forward to the next one.