Sing-Along for Syria with The Creation Station, Mr Yipadee and a whole host of popular children's TV presenters

The Creation Station are running special ‘Sing-Along for Syria’ art and crafts classes for children aged 6 months to 5 years to raise awareness and funds to help the frightened, homeless, refugee children from Syria. Children and families can join in with the award winning, fun and educational classes across the country. 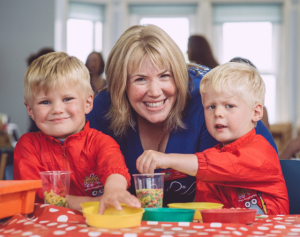 We have teamed up with a host of TV stars to have a ‘Sing Along For Syria’ in our award winning and educational art & crafts classes. “It’s been heart breaking to see the the children and families struggling,” said Sarah Cressall, Managing Director of The Creation Station. “We really wanted to do something to help so have incorporated the Sing-Along songs into our sessions to help raise awareness of this fantastic project.”

Our classes will feature a group sing-along with fun songs recorded by a range of popular children’s TV presenters recorded especially for the fund raising album. Sessions will run between the 12th and 30th October. Find more information about your local Creation Station sessions at www.thecreationstation.co.uk.

You can download the album by visiting www.singalongforsyria.com and every penny raised from purchases of the album, will go directly to the Save the Children’s Child Refugee Crisis Appeal. 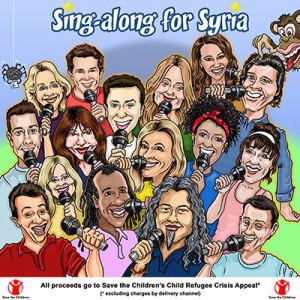 The Sing-Along for Syria album was born from the imagination of the Preston-based entertainer known better to his young audience as Mr Yipadee and a galaxy of stars from the world of TV who have all donated their time and talents in the recording studio at Salford’s Media City to lend their voices to the compilation of children’s songs. “As a parent, I couldn’t just sit by and watch what is happening," commented Mr Yipadee. “We wouldn’t allow this to happen to our children, why would we sit by and watch while the Syrian children suffer?” All money raised from purchases of the album, will go directly to the Save the Children’s Child Refugee Crisis Appeal.

“Everybody has been heartbroken by what’s happening and particularly as a parent, it’s unimaginable to think what’s happening to those children,” said CBeebies presenter, Alex Winters. “I hope that this album spreads joy and laughter for kids here in the UK, and spreads resources, hope, and love to the refugees.”

To find out more about your local ‘Sing-Along For Syria’ Creation Station classes visit www.thecreationstation.co.uk.

Really good fun for both baby and…

Really good fun for both baby and mummy. It’s so nice to be able to take something home that baby has made.

Really lovely host who was so welcoming…

Really lovely host who was so welcoming and encouraging of my 16month old. Enjoyed how different it was to other classes we had been to. Fab location also!!

I really enjoyed the keepsakes session…

I really enjoyed the Creation Station Keepsakes Session yesterday. Lovely warm atmosphere whilst also keeping to social distancing. The keepsakes we made were beautiful and something to keep forever.

Such a lovely Time today. Nothing too much to ask from Alexis and certainly felt very safe and comfortable in current circumstances! I only wish I could have come when my twins were smaller and could move less! Would love to come back for another session- thank you!

We had a lovely session

We had a lovely session, and made some beautiful keepsakes. Alexis made us feel welcome and she was helpful when needed but also let us get on with things ourselves.

Get crafty in a relaxed

Get crafty in a relaxed, stress-free and supportive atmosphere with a lovely, friendly group of people. There is of course, the added bonus that you get to take your creation home!!

Creative fun had by all!

My youngest daughter loves her weekly session at The Creation Station! Splashsuits are provided to keep the little ones clean and the class is held in a COVID safe environment. Great, creative fun for children and parents to have together, we just wish the time didn't go so quickly!

Inspire your toddler with LEGO® DUPLO® and The Creation Station