Every year franchise owners who have contributed to their community or made significant developments in their business are recognised at The Creation Station Best Franchise Awards at the national Creation Station Conference. “Our network make such positive contributions to their local community and really help children and families to be creative and have fun together” says Sarah Cressall Founder and Managing Director. ”I am very proud of all of our network, so judging the awards is really tough. Each year our franchise owners are becoming more and more successful and the calibre is really high.”

The prestigious title of the “Best Franchisee of the Year 2014” was awarded to Nicki Smith from Bath for turning her business around and being a truly inspirational member of the network. 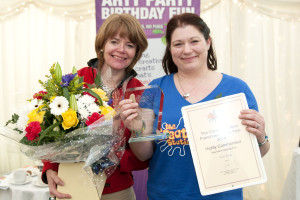 The prestigious title of “Best New Franchisee of the Year 2014” was awarded to Ruth Morris from Aberdeen for an outstanding first year. 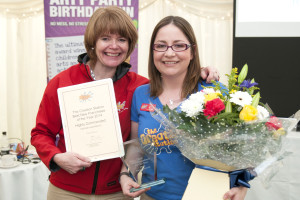 The prestigious title of “The People’s Choice Award” chosen by the network was awarded to Kevin Kerridge from North West Leicester. 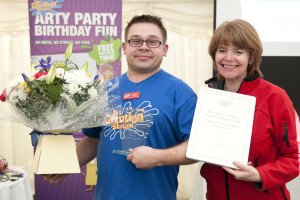 "Best Retailer” was awarded to Karen Carnson from Perth and Kinross, Scotland. 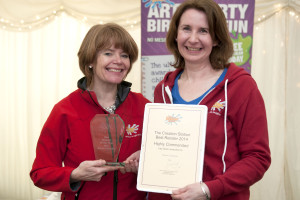 “Best Can Do Attitude” was won by Kirsty Hickson from Driffield. 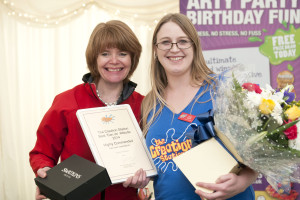 Additional awards were given out for outstanding actions, these included;

“Best Member of Staff” was awarded to Karen Nicholson.

“Best  Photo” was won by Ruth Morris and Ruth Longrigg.

To hear more about the fantastic stories behind these faces follow our blog.

Nat has been brilliant

Nat has been brilliant. We have had two packs of the most amazing crafts delivered to our door during lockdown. We have had paints, canvases, pipe cleaners all sorts of fun crafts with ideas to have fun with. Things that we had never heard of or seen before such as noodle doodles. We can’t wait to come to one of your sessions when things get back to normal more.

My daughter loves the sessions with…

My daughter loves the sessions with vicky and looks forward to them each week.

The live online creative class is not only fun, relaxed and educational it has also given my girls something to look forward to weekly and a masterpiece or three to show and be proud of afterward. Both my girls have taken the techniques used from the classes to create more art through out the week. I would highly recommend the Creation Station live online classes. *****

my daughter loves vicky and loves doing create club. vicky goes out of her way to make sure the children get the best experience. we missed a session but vicky took the time to do a one to one session so my daughter didn’t miss out. Thank you Vicky ?

We find Creation station brilliant! A wide range of activities using all kinds of materials (all supplied to!) with a different theme each week. Very entertaining for my 6 year old to let their creative side shine! The host is very friendly and always patient with the children. The sessions usually last for around 12 weeks so great value for an after school club! My little one always looks forward to it! We are currently attending online creation station during lockdown and it’s fantastic! All Materials supplied to our door with super easy instructions to follow (all organised by our fantastic host Jude) It’s kept our routine which is very important for little people. We love it!!

Vicky is absolutely amazing with the…

Vicky is absolutely amazing with the kids, she make it really fun and keeps them engaged through out, she also lets me join a little before if needed So that I am not late for my work meetings. My daughter loves create club and can’t wait for the next session. I think it’s lovely Vicky has kept it going for the kids through these difficult times, I am very thankful as it keeps my daughter occupied being the only child and whilst I’m at work. Thank you Vicky ?

I love the classes Vicky runs

I love the classes Vicky runs. They are always very creative and my daughter loves them. It's brilliant that she has been able to keep it up during the lockdown too.

I order these letters quite regularly…good price, speedy delivery.

I order these letters quite regularly but noticed they had gone up in price from last time, so I looked directly at your site. I was surprised to see that to purchase directly from you was cheaper, so that it what I did. The speed of delivery was excellent and I will always come straight to you in future for my craft supplies.

Lisa from the Bournemouth /…

Lisa from the Bournemouth / Christchurch group is brilliant. We've attended some of her classes and doing them live on Facebook now. The classes are great for my 3 1/2 year old. We all join in. Learning through play is the way forward

Half term creative challenge - What can you do with a cardboard tube?